What is Super Absorbent Polymer & Answers to All of Your Questions

Super absorbent polymer, also referred to as SAP or superabsorbent material SAM, is used in a broad range of applications for both consumer and industrial markets due to their incredible affinity for water and aqueous based solutions, typically absorbing up to 500 times their own weight of liquid. Superabsorbent polymers were first developed in the 1960’s by the US Department of Agriculture as part of a project to improve water conservation in soil. This initial polymer was based on acrylonitrile polymer attached to starch molecules. However, over time the chemistry advanced and the use of starch-based polymers diminished and more modern superabsorbent polymer technology using hydrocarbon derived polymers were developed based on crosslinked acrylic polymers neutralized with sodium.

These new superabsorbent polymers were subsequently found to be very effective in disposable personal hygiene products in addition to agriculture, and this led to their first use in sanitary napkins in 1978 and baby diapers in 1982. Since those early days, superabsorbent polymers have grown into a hygiene industry staple with circa 3 million tons being produced annually, predominantly for use in feminine hygiene pads, baby and adult diapers plus other incontinence products.

Superabsorbent polymers used in Gelok laminates and airlaids are typically made from the reaction of acrylic acid monomer with sodium hydroxide and a cross-linking agent, forming a polyacrylic acid sodium salt. Cross-linking agents such as Tetraallyl ethoxy ethane and ‘TMPTA’ are critical to this process as they form the bond between the polymer chains. There are three techniques used to produce the superabsorbent polymers.

The most common technique is a process called ‘Gel Polymerization’ wherein acrylic acid, sodium hydroxide, water, cross linking agents and UV initiators are all sprayed onto a moving belt inside a long chamber with a row of high intensity UV lights. The UV radiation forces the components to react on the belt and crosslink, thereby forming the sodium polyacrylate. The mixture swells up in the chamber into a ‘wet cake’ which is passed into a mill to be ground up and then conveyed to drying equipment.  The dried superabsorbent granules can be further treated with additional ‘surface’ cross-linking agents to improve performance characteristics such as absorption capacity, rate of acquisition and permeability.

An alternative manufacturing technique is ‘Suspension Polymerization’. In this method the key ingredients; typically sodium hydroxide, acrylic acid, initiators, crosslinking agents and a surfactant are suspended in a tank reactor in an organic solvent. The acrylic monomer is insoluble in the solvent and reacts with the base to form cross-linked sodium polyacrylate polymer beads. The size of the polymeric beads is determined by close control of temperature, residence time, speed and type of agitator in the reactor as well as the concentration of the multiple additives. The emulsion is continuously drawn from the reactor and the spheres are filtered out of solution, agglomerated and dried. The organic solvent is recycled into the reactor. The dried superabsorbent polymer can be further processed at this stage with ‘surface cross-linking’ initiators to enhance critical performance factors. The superabsorbent polymer is then dried again and bulk packaged as required. 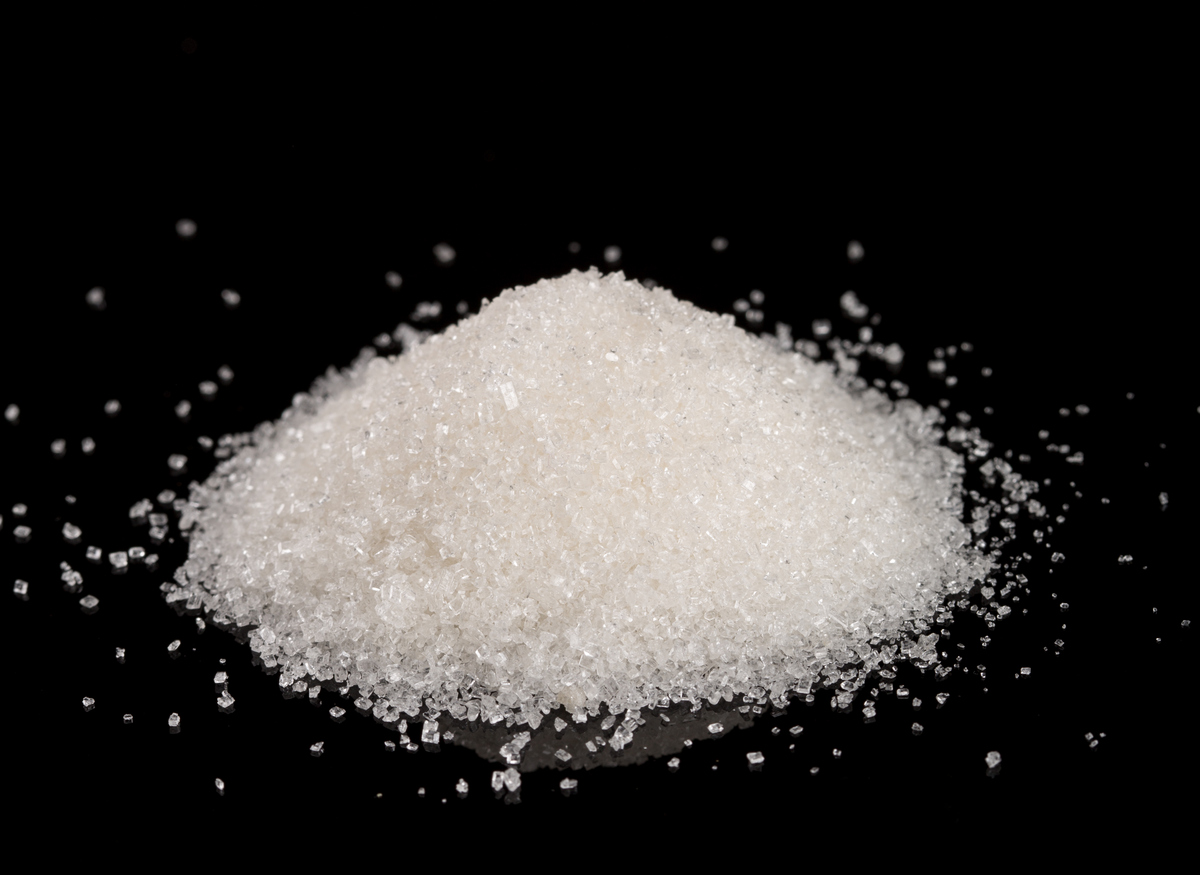 A third common manufacturing process is called ‘Solution Polymerization’. The acrylic acid monomer is dissolved in a non-reactive solvent along with an initiator, sodium hydroxide and crosslinking agents. The reaction results in a polymer that is also soluble in the solvent. By careful control of the temperature and concentration of ingredients the desired degree of conversion can be achieved, without the bulk polymerization as in suspension polymerization. The excess solvent is removed and the ‘liquid superabsorbent polymers’ are ready for application. Typically for non-woven markets the polymeric solution would be applied to cellulose fibers, then the solvent is dried off leaving a superabsorbent coated fiber.

When the sodium polyacrylate superabsorbent polymers come in contact with aqueous liquids such as urine, blood or exudate the polymer absorbs the water through the process of osmosis i.e., the superabsorbent particles act like semipermeable membranes, absorbing the water molecules and swelling considerably. In fact, one gram of superabsorbent can absorb several hundred grams of pure water and retain extremely large amounts of that water even under moderate pressure. Hence why these superabsorbers are so ideally suited for personal hygiene and incontinence applications as diapers and pads can be exposed to appreciable amounts of ‘body pressure’ whilst sitting or laying down. 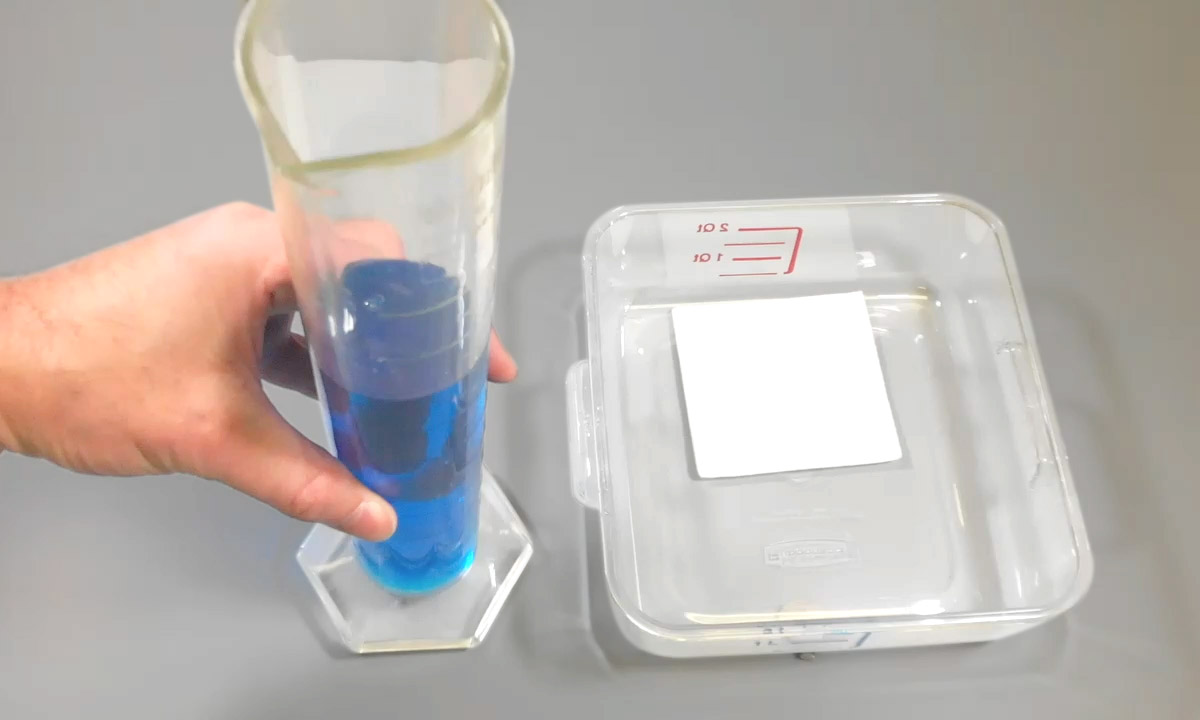 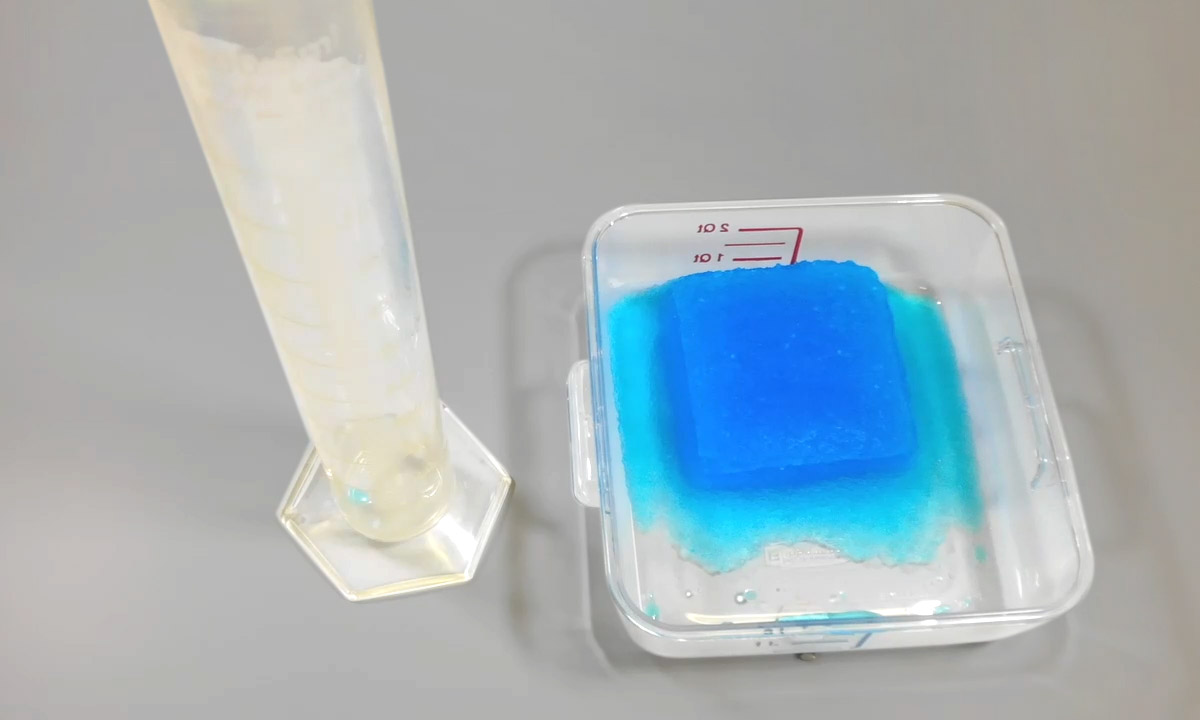 However, when sodium polyacrylate is in contact with aqueous liquids containing high levels of salts such as urine, exudate, or blood, then the osmotic effect is impeded and will lower absorbent capacity to just tens of grams of the ‘salty’ liquid.

The superabsorbent polymer’s liquid absorption and capacity characteristics can be controlled by the type and quantity of cross-linking agent and used to produce different saps. Low density SAP’s typically have a higher absorbent capacity in terms of gram for gram absorbency, whereas highly cross linked SAP’s will have a lower capacity but greater gel strength and increased ability to retain liquid under pressure.  Other characteristics such as speed of absorption, liquid permeability or deodorization capability can be similarly manipulated.

Gelok’s absorbent technology is fundamentally based on the excellent absorptive capability of sodium polyacrylate superabsorbent polymers, i.e., the sodium salt of polyacrylic acid. Products containing super absorbent polymers have a very strong affinity for aqueous based liquids, hence its widespread use in consumer products for personal care, incontinence, wound care, plus a myriad of healthcare and industrial applications where ‘fluid management’ is critical, such as medical packaging or ‘capturing’ biohazard liquids, dewatering of fuel and absorbing industrial wastes.

We have access to a variety of different types of superabsorbent polymers and substrates, thereby enabling Gelok to custom design absorbent cores for customer specific applications. These cores can be either ultra-thin high absorbency ‘laminates’ where the superabsorbent particles are hydrogen bonded between two sheets of tissue, or they can be airlaid-style cores that blend or layer SAP particles with cellulose fibers, also using hydrogen bonding between two layers of tissue. 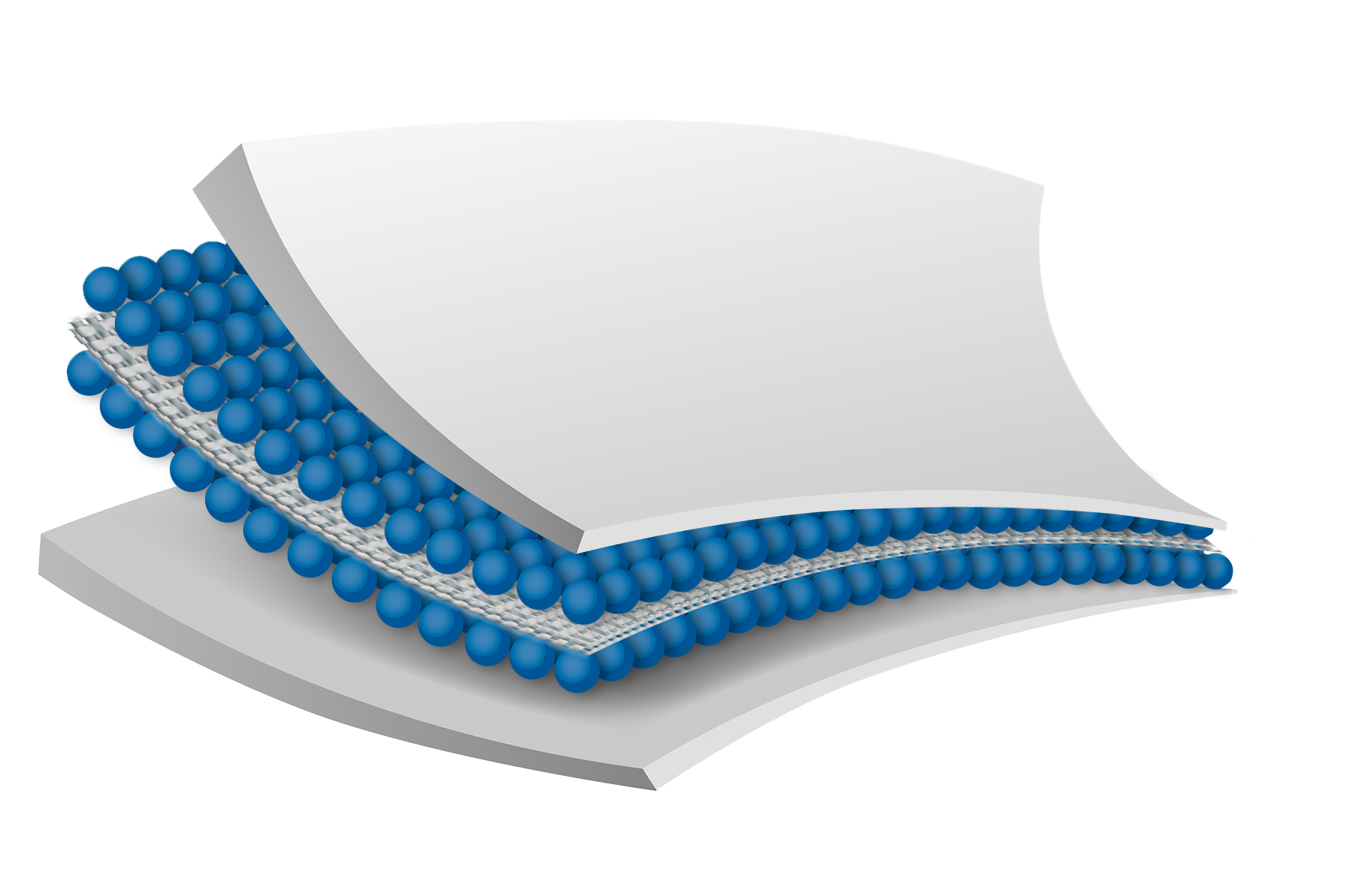 Specialized laminates for water retention can also be manufactured using polyester or airlaid substrates with a blend of superabsorbent materials and adhesive.

All Gelok laminates and airlaid-style cores are produced as bulk rolls that can be slit to customer specified widths or sheeted as required.

All Gelok products are manufactured in a plant whose Quality Management System is certified by Intertek as being in conformity with ISO 9001:2015. Do superabsorbent polymers dissolve in water?

No, the cross-linked polymer chains form a gel with water and do not dissolve.

How are superabsorbent polymers used in agriculture?

The superabsorbent material, in the form of potassium polyacrylate, can be blended to enhance
the performance of soil through water retention and slow release of a variety of nutrients and water soluble
fertilizers. The potassium format is non toxic and hence preferred over sodium-based polymer to prevent salination of
the soil which would be detrimental to plant health.

What is superabsorbent polymer used for

The most prevalent application is in personal absorbent hygiene products

Researchers are actively engaged in developing a solution to common SAP
biodegradability, or SAP from renewable resources, as extremely large amounts of SAP are discarded into the environment
every year.

Environmental impacts are a concern because the cross linked superabsorbent material does not easily degrade and it
ends up in landfills on a large scale through baby diapers and other personal hygiene products.

The polymer itself is not an irritation to the skin, but irritation is possible if the manufacturing process results in
some residual acrylic acid or monomer. Care should also be take to not inhale the dust or powder nor let the polymer
come into contact with eyes.

Technically, sodium polyacrylate can be considered as a plastic as the polymer chains are derived from hydrocarbon
sources

Can I flush superabsorbent polymer?

No. This is definitely not advised as these water absorbing materials will swell up and retain extremely large amounts
of water and cause blockages in waste pipes and will contaminate sewerage treatment facilities.

No. This is not its intended use as it will only absorb aqueous based fluids

Can you eat superabsorbent polymer SAP?